August 19, 2013—One year after his passing, the Department of the Interior and Local Government – Caraga Region (DILG XIII) commemorated the first death anniversary of its fallen leader, DILG Secretary Jesse M. Robredo.

During their Monday Convocation, the DILG XIII personnel gathered and paid tribute to SILG Robredo. During her address, Regional Director Lilibeth A. Famacion emphasized the necessary traits of government employees and officials as lived out and exemplified by SILG Robredo. Using the acronym P.U.B.L.I.C. S.E.R.V.A.N.T., Director Famacion spelled out the challenge for all public servants: People  (the ones that the government serves—should always be the priority concern);  Unity (that the call to serve is a concerted effort); Braveness (to do what is right and necessary, even it makes one unpopular); Liability (that whatever they do should be in accordance with public trust); Integrity (that they abide by moral principles and professionalism); Courtesy (should be practiced at all times, to everyone they encounter); Service (acts that go beyond oneself and walking the extra mile); Energy (to serve effectively public servants need to be physically and mentally fit, which necessitates rest, reinvigoration or if needed—retirement); Responsiveness (that actions must be timely); Vigilance (that all should be aware of the issues and concerns that the nation is facing); Accountability (that all transactions be accounted for); Nobility (that public servants maintain decency and act honorably at all times); and Tsinelas Leadership (that despite the authority or influence public servants might possess, they should still remain humble and modest).

They ended the convocation by viewing a tribute video that encapsulated the life and works of SILG Robredo and his contributions to the work for good governance and the tuwid na daan. This served to motivate the DILG personnel to emulate the kind of leader and more importantly, the kind of servant that SILG Robredo was in order to become his legacy and carry out his work, not just one year later, but for years and generations to come. After all, it was attributed to SILG Robredo that “for this country to succeed, we need to make heroes of the ordinary people—we need to make heroes of ourselves.” (Don Manuelo O. Patrimonio, Statistician I, DILG Region 13-Caraga) 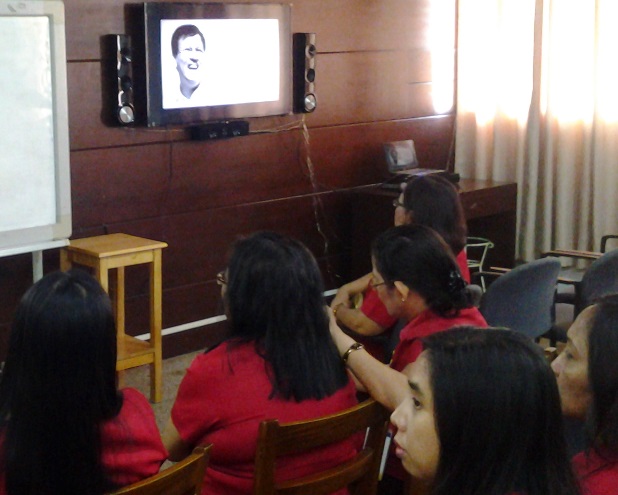