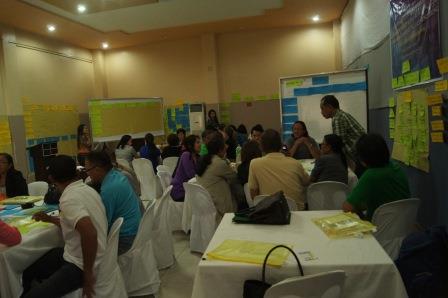 “We wanted to develop a holistic module that will guide our community mobilizers and other key players to ensure wider participation, increase efficiency in reaching the poor and pushing of evidence-based and community–driven  projects that  really address poverty”, DILG 13 Regional Director Lilibeth A. Famacion said.

“The clamor for improving and enhancing people participation in the entire process is evident in all lessons learnt activities we conducted; hence, this [workshop] also serves as ground to crystallize and resolve all issues and concerns relative to GPB”.  Citing a World Bank Report, Dir. Famacion added that when communities are involve in the planning, designing and implementation of the program, the project is likely to succeed.

The activity was participated by NGAs (DTI, DOLE, DSWD, DepED, TESDA, NEDA, DBM, DENR, and DAR), Basic Sector representatives, community mobilizers and National Anti- Poverty Commission (NAPC) focal persons.   “We recognize that  detractors will never run out of issues and concerns concerning the GPB implementation; however,  when all players and partners have one  eye to achieve our common goal,  we can make a difference and improve the lives of poor communities in the region,” Dir. Famacion ends.  (LGOO II Bryan F. Edulzura) 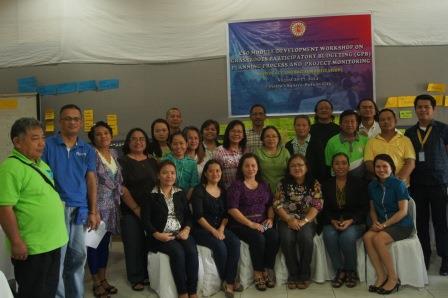 DILG 13 Regional Director Lilibeth A. Famacion with participants from NGA, CSO, and NAPC.