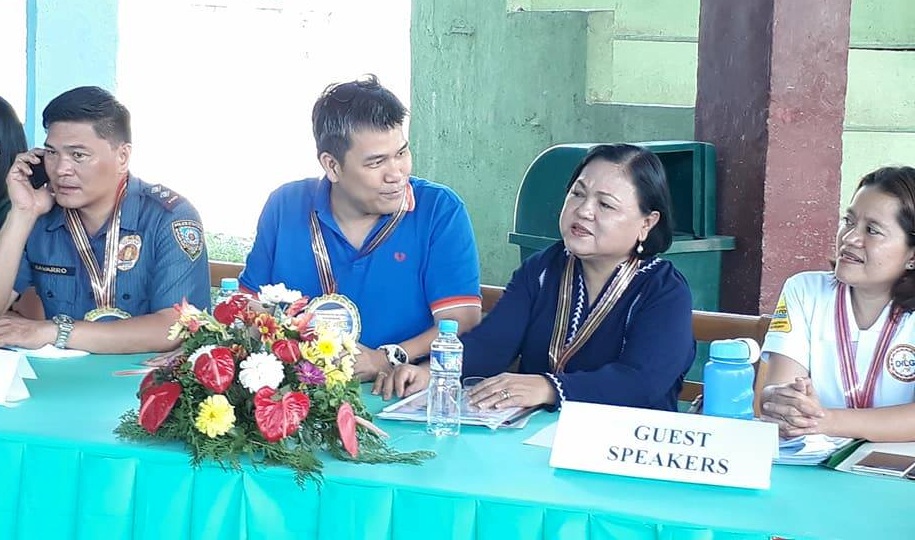 Barangay Pangabugan in Butuan City is Caraga Region’s showcase barangay. DILG Caraga Regional Director Lilibeth A. Famacion read the DILG Secretary Ismael Sueno’s Message to the Barangays. She stressed the importance of the active participation of every community member in the fight against illegal drugs and criminality. Further, RD Famacion emphasized that these problems begin at the barangay level, destroying families and communities. Thus, communities play a big role in the resolution of the problems. She then enjoined the attendees to practice the spirit of voluntarism by being part of the Mamamayang Ayaw sa Anomalya, Mamamayang Ayaw sa Droga (MASAMASID) Program.