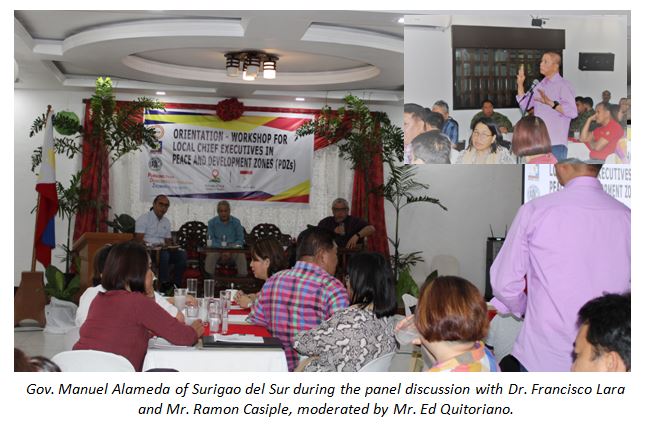 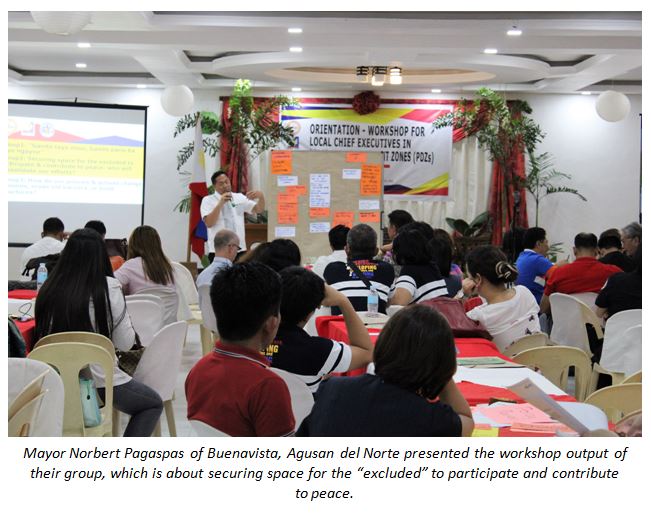 More than a year after the Joint Resolution to support and adopt the establishment of Peace and Development Zones (PDZs) in Caraga Region as a strategic approach to attaining the objectives of CRMP was forged by the Regional Peace and Order Council (RPOC) and the Executive Committee of the Regional Development Council (RDC), DILG finally pulled the attention of Local Chief Executives (LCEs) in the identified PDZs.

The activity acquainted the participating LCEs on what Peace and Development Zones is all about, the peace-building measures and processes as well as the Do-no-Harm Approach that will be employed.

DILG City Director, Cha Guerta, asked about the LCEs' readiness and commitment to the implementation of PDZ initiatives…and if the “Yes!” response can be taken as the LCEs’ commitment of support, then we can only conclude the overall success of the activity.