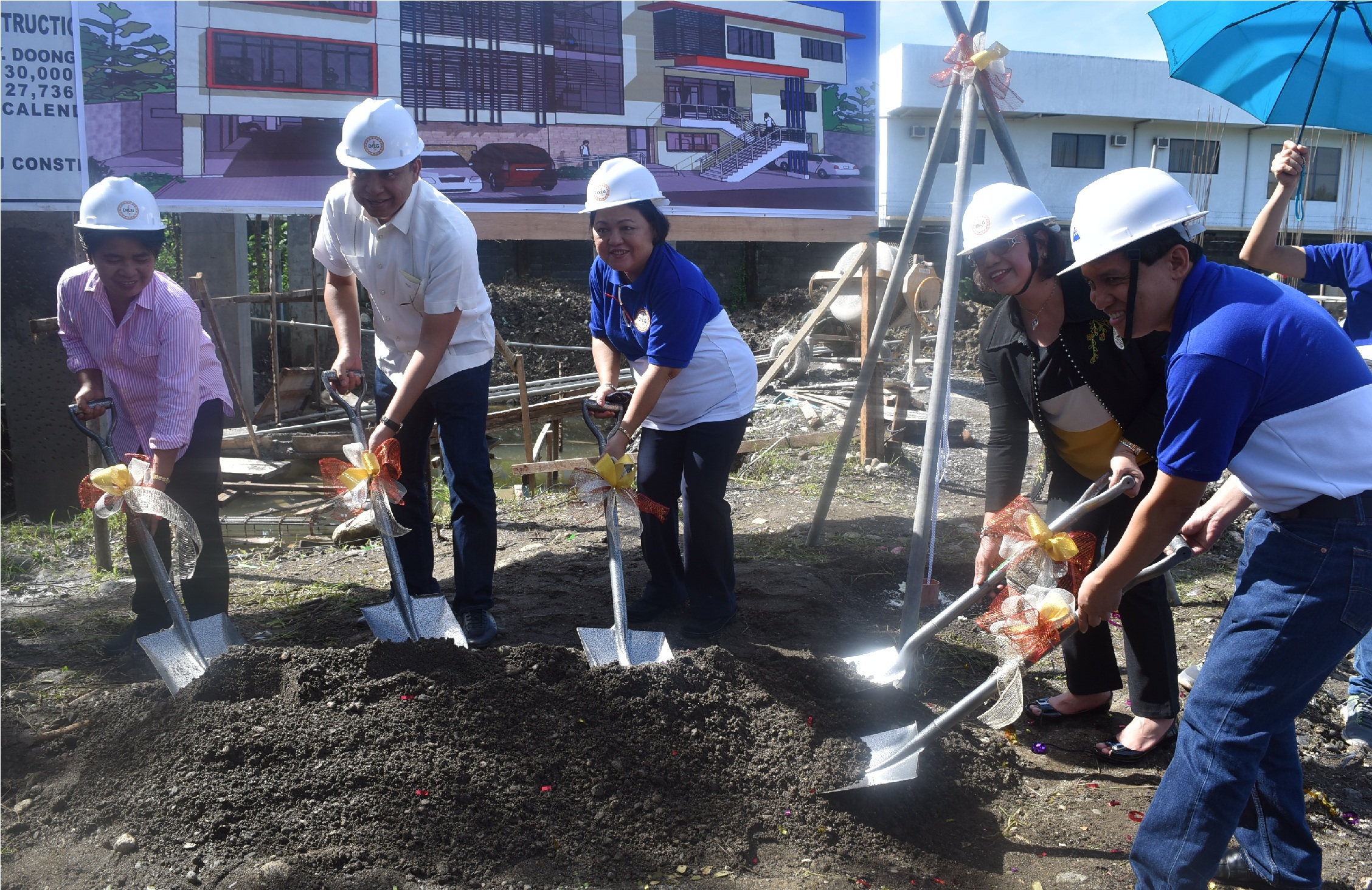 In a span of 22 years since the establishment of the DILG Regional Office in August 1995, corollary to the creation of the Caraga Administrative Region through Republic Act 7901 on February 23, 1995, said office has already rented a total of five (5) office buildings, settling for its current building in Kilometer 4, Libertad, which became home to the office for 16 years. A brief background was recounted by Assistant Regional Director Donald A. Seronay during the program.

Special guests from the DILG Central Office headed by Assistant Secretary for Finance and Comptrollership Ester A. Aldana joined the DILG regional office and field personnel during the ceremony. Asec Aldana noted the persistence of the regional management headed by Regional Director Lilibeth A. Famacion. This persistence accorded them the 30 Million pesos to fund the project, and secured the lot for the building through the generosity of the Butuan City government in 2013.

Also there to share in the office’s milestone was current Butuan City Mayor Ronnie Vicente C. Lagnada who shared the future developments for the City and committed continuing support to the Department.

Recognized during the event were: (1) the National Economic Development Authority – Caraga Region (NEDA 13) for sharing the building plans which served as reference to the LGRRC-DILG XIII Office Building; and (2) the Provincial Government of Agusan del Sur for providing the soil testing services as part of the preparatory phase of the project.

“This is the legacy that I bequeath my DILG Caraga Family, that after all this time, we finally have a building of our own,” shared RD Famacion who was emotional as she spoke. With this new facility, the DILG will be able to better serve its clients in the exercise of its mandate to strengthen local government capability aimed towards the effective delivery of basic services to the citizenry.

The building is set for completion on September this year. This is a most welcome development after having just commemorated 25 years since the enactment of the Local Government Code last October.