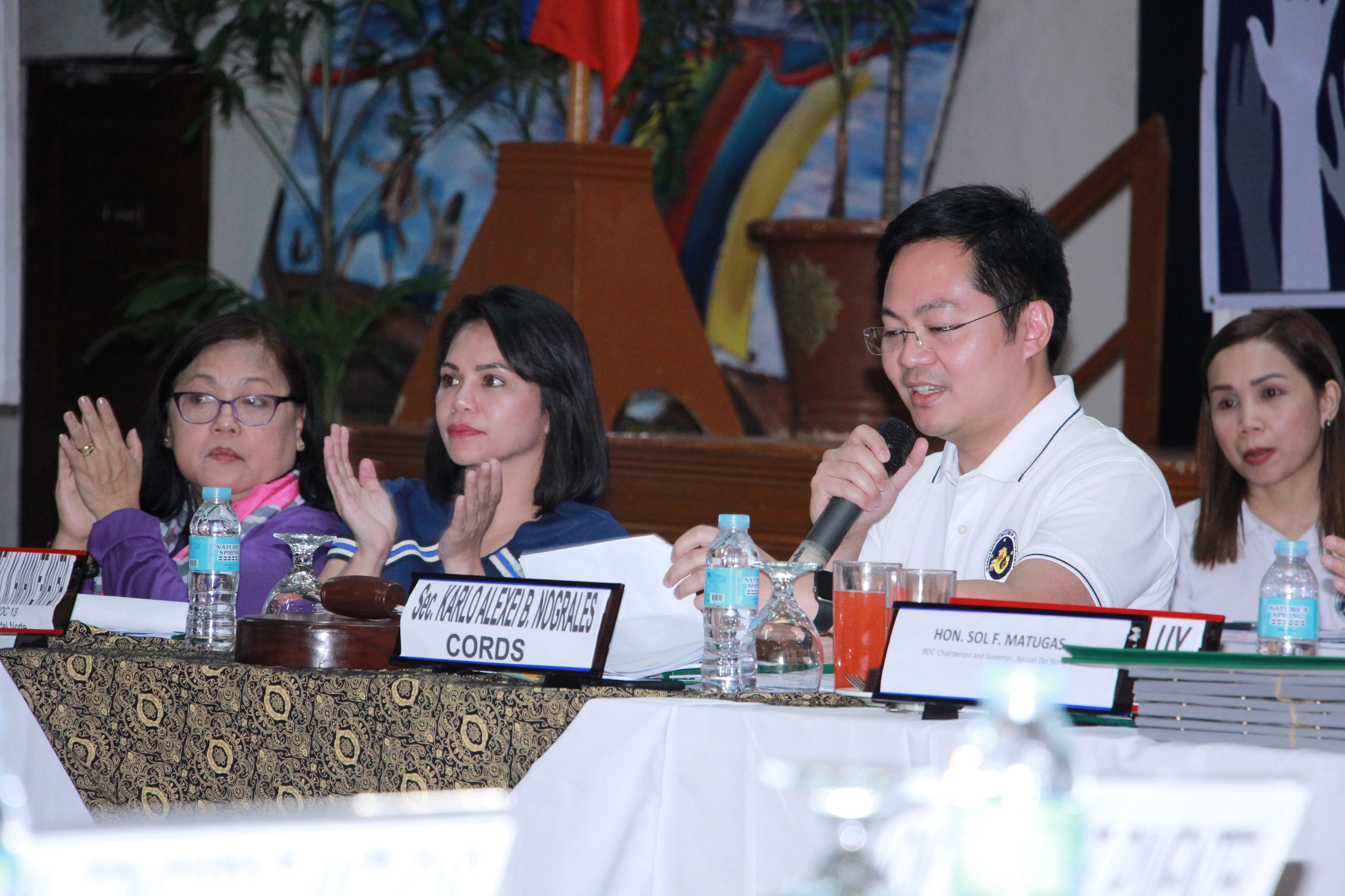 Per Executive Order No. 70 (E.O. 70) of President Rodrigo Roa Duterte, the Regional Development Council (RDC) and the Regional Peace and Order Council (RPOC) of Caraga Region conducted a Joint Meeting at Balanghai Hotel and Convention Center, Butuan City on June 26, 2019.  The main agenda of the meeting was the presentation and adoption of the Regional Task Force to End Local Communist Armed Conflict (RTF-ELCAC) of Caraga Region. Secretary Karlo Alexei B. Nograles presided the meeting as the appointed Cabinet Officer for Regional Development and Security (CORDS) for Caraga Region. He emphasized to the two joint august bodies that he will serve as their channel/bridge to Malacañang Palace when it comes to peace and development concerns of the region.  NTF-ELCAC Assistant Secretary Lorenzo A. Clavejo also graced the activity and discussed the salient features of E.O. 70.

During the meeting, the following agenda were discussed and deliberated:  1) The National Task Force to End Local Communist Armed Conflict (NTF-ELCAC) National Plan on the Implementation of E.O. 70; 2) The NTF-ELCAC 12 Cluster Implementation Plans with focus on sectoral and special target groups; 3) Organization of the Regional Task Force-ELCAC (RTF-ELCAC), the Roles and Responsibilities of every Cluster, and Ways Forward of RDC and RPOC Caraga Region; 4) Peace and Security Updates in Caraga Region particularly on Criminality and Insurgency; 5) Caraga Region’s Peace and Development Initiatives – the Caraga Roadmap for Peace (CRMP), Peace and Development Zones (PDZs) and the Region-wide Actions Taken on Executive Order No. 70; and lastly, 6) The Projects and Fund Allocation under PDZ Priority Areas FY 2019-2020.

PNP PRO XIII also presented to the body an audio-visual presentation of their project in line with E.O. 70. This is a Film Making Contest, the first one in Caraga Region that will showcase insurgency and criminality themes as well as government efforts towards these concerns. The purpose of such project is to widen the advocacy and to reach out the youth on the information about the relevance of Executive Order No. 70.

Further, Sec. Nograles discussed to the body the roles and responsibilities of the Cabinet Officer for Regional Development and Security (CORDS) and the National, Regional and Local Task Force to End Local Communist Armed Conflict. He also mentioned the expected deliverables and undertakings that need to achieve in a given timeframe per Executive Order No. 70. He emphasized that the joint meeting conducted was just the first of the many endeavors to be taken by the CORDS and the RTF-ELCAC and its local counterparts.