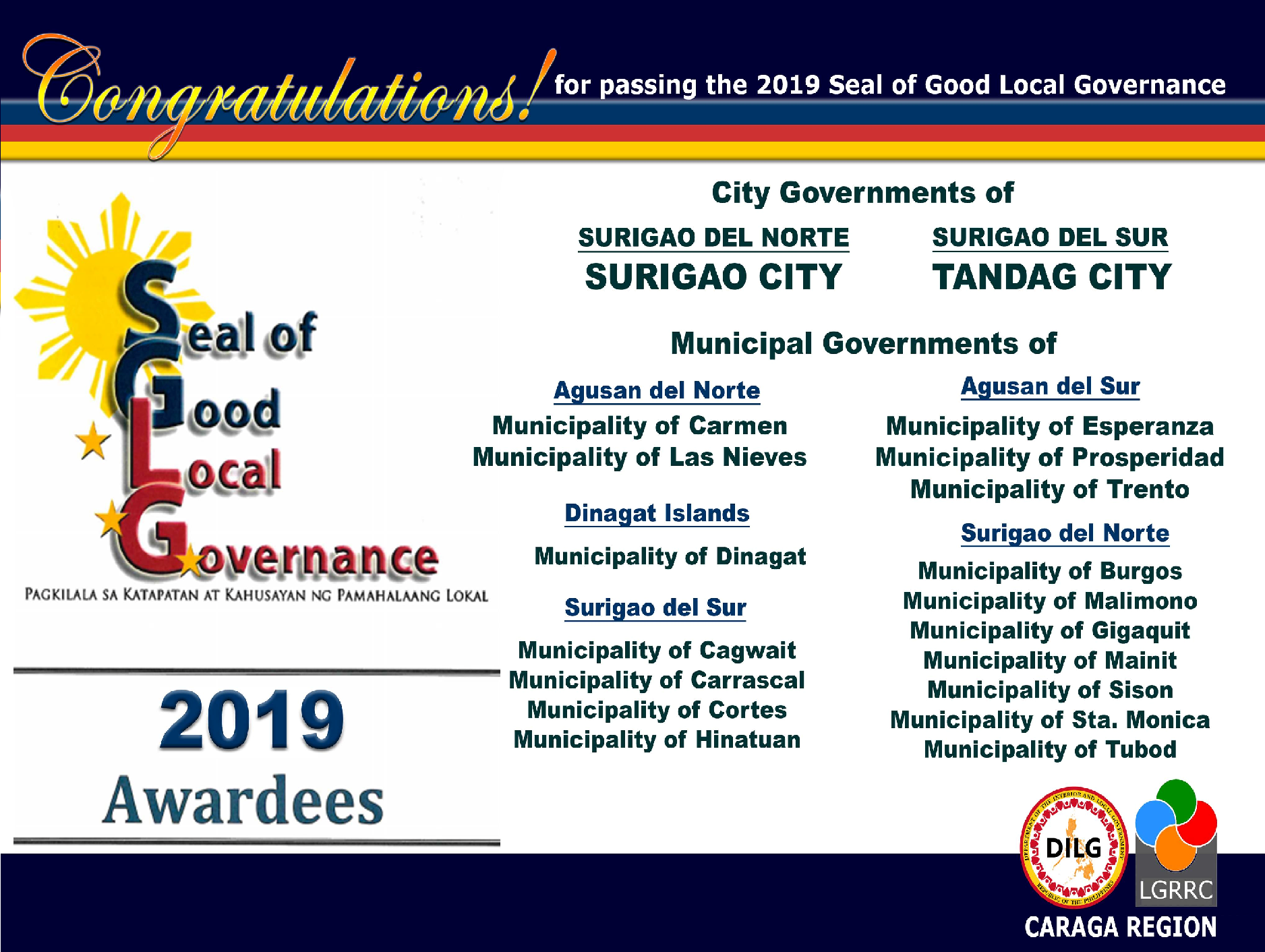 Cheers and jubilation abound as the official List of the 2019 Seal of Good Local Governance (SGLG) Passers was posted in the official website on October 18, 2019.

This year, the region is fortunate to have seen about twofold increase, as nineteen (19) LGUs including 2 cities and 17 municipalities were listed as passers from only 10 LGUs in 2018.

Awarding of these cities and municipalities is slated to be held on November 5, 2019 at The Manila Hotel, Metro Manila.

With the recent institutionalization of the SGLG Awards through Republic Act 11292, it is expected that the local government units will be more proactive in promoting good governance especially on practicing transparency and accountability in the use of public funds, in facing the challenge of disaster preparedness and response, providing sensible response to the needs of the vulnerable and marginalized sectors of society, implementation of health programs, investment and employment promotion, among others.