The Regional Peace and Order Council (RPOC) of Region XIII – Caraga chaired by Hon. Alexander T. Pimentel, Governor of the Province of Surigao del Sur convenes for the 3rd Quarter of CY 2020 on July 29, 2020 through a virtual meeting with the attendance of twenty-eight (28) members out of the regular thirty-seven (37) regular members. 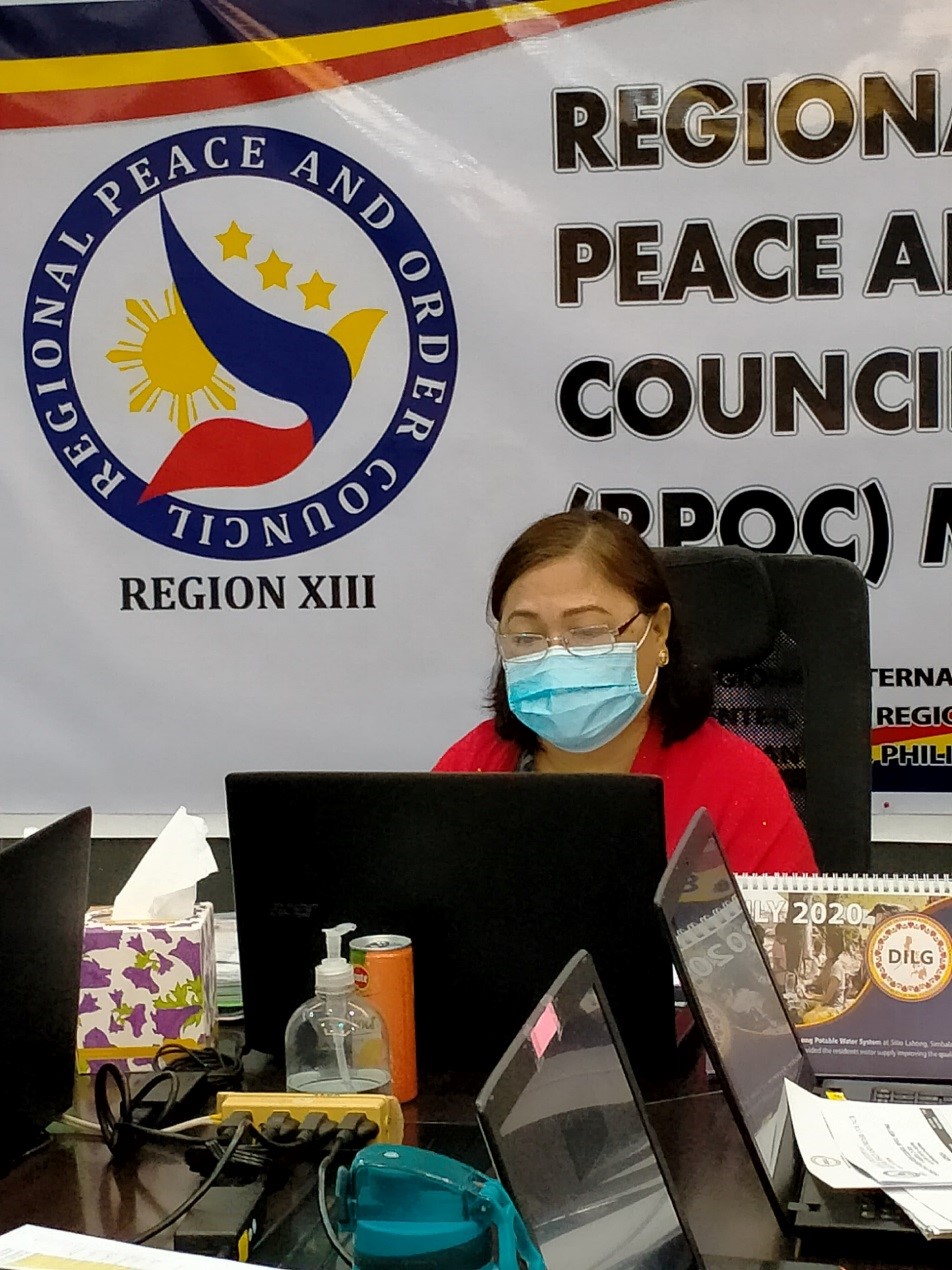 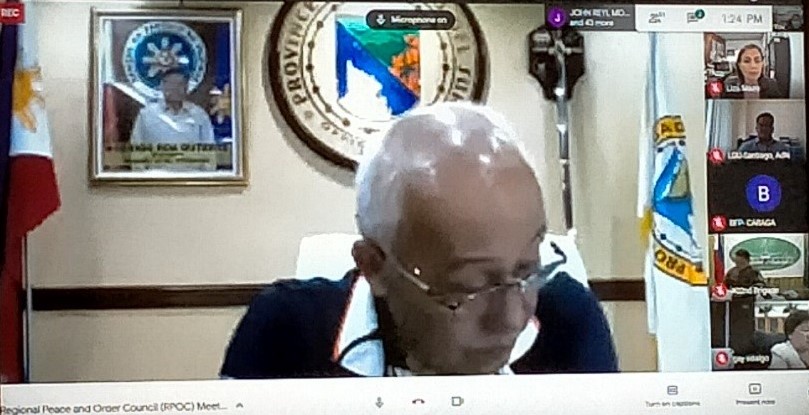 Aimed to promote inclusive peace in the region, the meeting provided a forum for inter-disciplinary dialogue and deliberation of major issues and concerns affecting peace and order and public safety, and anti-insurgency occurrence by strategic actions through the converged efforts of the member agencies, military and the police.

Special Action Committees (SACs) were organized in order to address and prevent specific incidents affecting the region. These are SAC on Anti-Insurgency and Preventing Violent Extremism, SAC on Anti-Criminality, SAC on Public Safety and SAC on Crisis Management.

As to the implementation of the Retooled Community Support Program (RCSP), the Council agreed to converge efforts in the provision of support services to the identified barangays. Hon. Kirk Asis, Mayor of Bayugan City asked for the MGEN Andres C. Centino for a strong coordination with the Philippine Army assigned in Bayugan City to address the concerns affecting the RCSP implementation.

During the meeting, Regional Director Francis Cesar Bringas, CESO V of the Department of Education (DepEd) informed the Council that the use of schools as quarantine facilities to address the COVID-19 situation will only be until July 31, 2020. However, he announced that LGUs may seek for DepEd’s approval in the regional level should extension be sought until August 15, 2020. Beyond 15th of August 2020, all requests for extension shall be sent to the Secretary of the Interior and Local Government (SILG) Eduardo M. Año or Secretary Carlito Galvez, Jr, Chief Implementer of the Inter-Agency Task Force for the Management of Emerging Diseases (IATF-MEID).

To provide guidelines in the management of internally-displaced persons in the region, the Council has finally approved and adopted the Handbook in Handling Conflict-Induced Internal Displacement through a Resolution.

With the establishment of the Home Defense Village at Sitio Amongon in Barangay Noli, Bayugan City, Agusan del Sur, the Council also commended the efforts of Hon. Kirk Asis for his support provided to the realization of the project.

In an update provided by Hon. Dale B. Corvera, Governor of the Province of Agusan del Norte and Chairperson of the Regional Task Force (RTF) for COVID-19 One Caraga Shield, he informed the Council that the physical accomplishment for the Construction of Halfway House in Brgy. Bancasi, Butuan City is already at 100%.

Hon. Santiago B. Cane, Governor of the Province of Agusan del Sur was also commended by the Council for the completion of the Halfway House last December 8, 2019, which currently is being utilized as one of the Isolation Facilities to house COVID-19 patients. The Council also congratulated Hon. Francisco T. Matugas, Governor of the Province of Surigao del Norte  for the completion of its Halfway House last December 13, 2020.