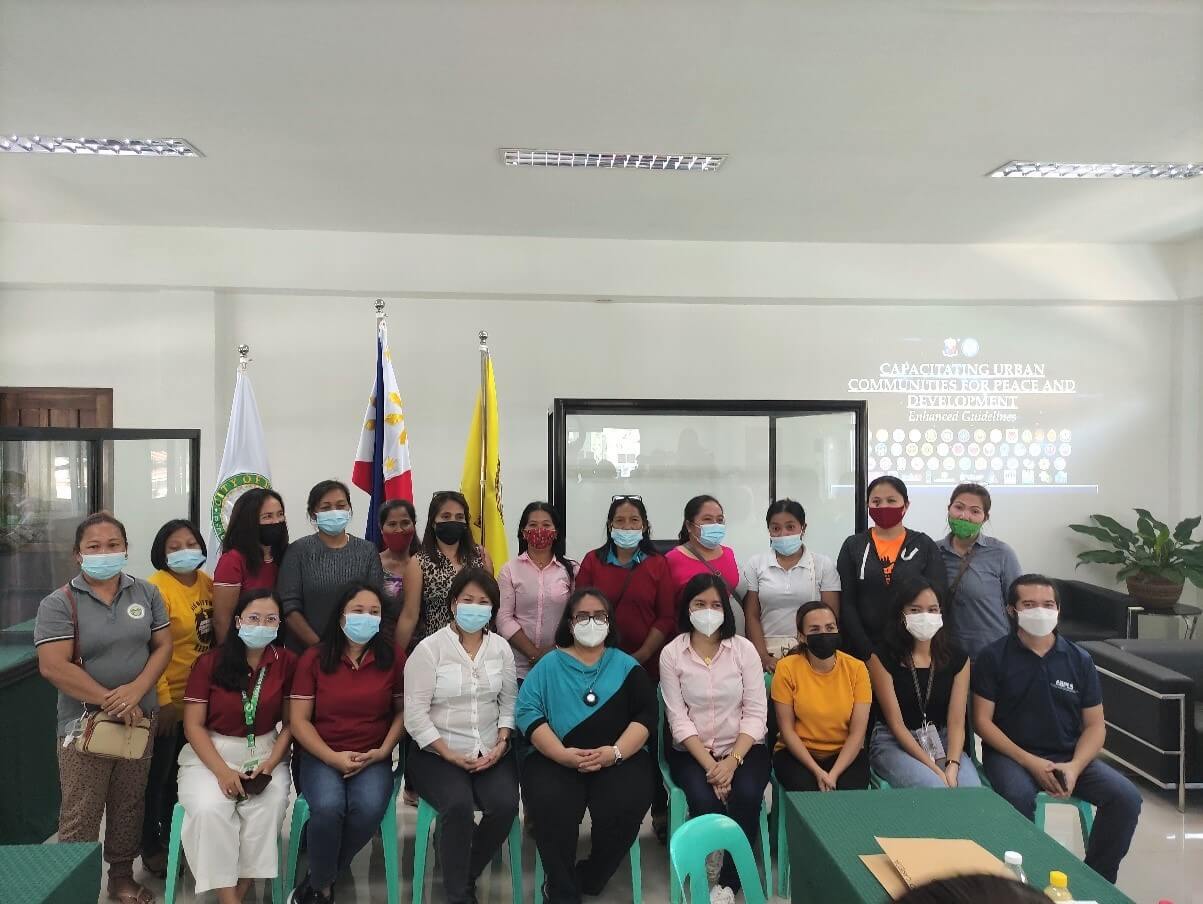 On August 11, 2021, the Department of the Interior and Local Government (DILG) Caraga through the DILG Agusan del Sur, and in partnership with the City Government of Bayugan, kicked off the three-day Capacitating Urban Communities for Peace and Development (CUCPD) Phases 1 & 2 for the city’s 43 barangays.

The activity held in the Bayugan Agriculture and Farmers Multi-purpose Building, Lanzones St., Barangay Poblacion, Bayugan City, Agusan del Sur was a sectoral dialogue between the City Government and the representatives of the most vulnerable sectors of the 43 barangays when it comes to peace and order issues, viz: Women, Labor, Urban Poor, and Youth and Students.

The output of the activity was the creation of sectoral issues, concerns, and intervention matrices of the 43 barangays which will be presented to the officials of the city for consideration in their priority PPAs.

LGOO V Emmylou P. Burias, the lead facilitator from the DILG Caraga Regional Office, emphasized that the CUCPD is a needed platform to express to the LGU the pressing issues of the select marginalized sectors and the kind of intervention they seek to address such.

In addition, Provincial Director Arleen Ann R. Sanchez stressed that prioritization is important in the identification of the issues, putting a premium on the most urgent needs because government funds are limited and yet the scope of demand is large.